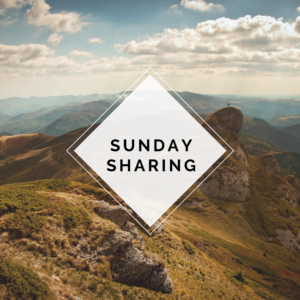 Each Sunday we post interesting articles, videos, podcast episodes, and more that we’ve consumed from across the web. We’ll give our thoughts on what we’ve learned through others in Sunday Sharing. 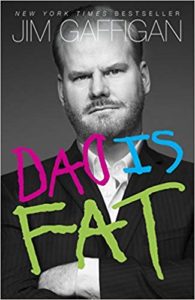 Dad is Fat By Jim Gaffigan

Jim Gaffigan never imagined he would have his own kids.

Though he grew up in a large Irish-Catholic family, Jim was satisfied with the nomadic, nocturnal life of a standup comedian, and was content to be “that weird uncle who lives in an apartment by himself in New York that everyone in the family speculates about.” But all that changed when he married and found out his wife, Jeannie “is someone who gets pregnant looking at babies.”

Five kids later, the comedian whose riffs on everything from Hot Pockets to Jesus have scored millions of hits on YouTube, started to tweet about the mistakes and victories of his life as a dad. Those tweets struck such a chord that he soon passed the million followers mark. But it turns out 140 characters are not enough to express all the joys and horrors of life with five kids, so hes’ now sharing it all in Dad Is Fat.

From new parents to empty nesters to Jim’s twenty-something fans, everyone will recognize their own families in these hilarious takes on everything from cousins (“celebrities for little kids”) to growing up in a big family (“I always assumed my father had six children so he could have a sufficient lawn crew”) to changing diapers in the middle of the night (“like The Hurt Locker but much more dangerous”) to bedtime (aka “Negotiating with Terrorists”).

Dad is Fat is sharply observed, explosively funny, and a cry for help from a man who has realized he and his wife are outnumbered in their own home.

The Importance of Sleep on Your Health, Wealth, and Happiness – 4 Pillar Freedom

When I first started this book, I expected to learn a bit about the benefits of sleep and maybe pick up a few helpful tips on how to sleep better. However, once I finished the book, I was amazed to learn about just how much sleep impacts nearly every aspect of our lives.

Not only does sleep impact how we feel throughout the day, but it has a direct impact on our mood, emotions, cognition, productivity, physical immune system, the food we crave, the way we interact with our peers, the ability to learn and retain new information, memorize facts, and a list of other areas. In short, sleep has a direct impact on our health, wealth and happiness.

How to Save with a No-Spend Month – Six Figures Under

Some great reasons for having a no-spend month are:

To reset your spending habits, serving a function similar to a fast or a cleanse would serve for your eating habits.

Why Bachelorette Parties and Bridal Showers are Overrated

Save the Pennies & Prevent the Pretend Penises!

I write this knowing full well that my mother and future mother-in-law will fight me over this when I decline a bridal shower. That’s part of the challenge: older generations tend to see these events as rites of passage.

But I simply think bachelorette parties and bridal showers are a waste of time and money. Should we keep doing them just because of tradition? I think that being in a wedding is such a lovely and genuine honor. I also think it is expensive enough as is (which I will get to in a future post).

Having seen almost every one of my gal pals go through each step from getting engaged to walking down the aisle, I’ve been to many of these parties, and as maid of honor in my two best friends’ weddings, I have even hosted a couple such events.

I always thought that having a bridal shower with family in the early afternoon and then segueing into the bachelorette party with friends that same night was the most efficient way to go (although among my lady friends, I was the only one who thought that). Now, I believe the better way to go is to opt out of both!

READ  What if we went on an "information diet?"

Other than eliminating debt ASAP, I would say save as much as you can. And save NOW. Don’t wait. Especially if you invest your money; the more you save now, the sooner you will be able to reach financial independence.

And even if you don’t want to retire early, you should still aim for financial independence. That’s because you never know what could happen with your employer or with the economy in general.

February 17th is National Random Acts of Kindness Day. We thought, just one day!? Why not make this an entire month – 28 days of random acts? (We also see the irony in a day devoted to “random” acts of kindness…because they are not really random if they are deliberate and planned out. But does it really matter if you’re doing something good?)

The rules are simple:

Send us your material!

Feel free to send us articles, videos, podcast episodes, etc. that you’ve enjoyed. It can be from your own works of art or from someone else’s. We might even feature your material!